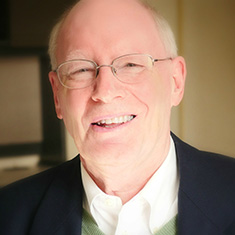 Director of the Rehabilitation Research and Training Center

Dr. Wehman speaks about the employment of people with physical and intellectual disabilities

Paul Wehman, Ph.D. is the Founding Editor of the Journal of Vocational Rehabilitation. His background is highly interdisciplinary and he is internationally known for his pioneering work in the beginning of supported employment in 1980, a rehabilitation intervention strategy which has facilitated millions of persons with neurodevelopmental disabilities, brain injury, mental illness and spinal cord injury in countries all over the world to gain competitive employment for the first time. Dr. Wehman holds his primary position as a Professor in the Department of Special Education at the Virginia Commonwealth University with a joint position in the Department of Rehabilitation Counseling and has a secondary appointment in the Department of Physical Medicine and Rehabilitation in the School of Medicine.

Dr. Wehman serves as Director of the VCU Rehabilitation Research and Training Center on Employment and Director of the VCU Autism Center for Excellence (ACE).   He has researched, written, instructed and presented extensively on issues related to transition from school to adulthood and special education as it relates for young adulthood.  He has published more than 220 articles, 131 book chapters, and authored or edited 43 books.

In 2018, Dr. Wehman received the Distinguished University Research Award representing the School of Medicine.  He has been the recipient of the 2017 Leader of the Year Award from the Virginia Division of Career Development and Transition.  In 2014 , Dr. Wehman was named the recipient of  the  Princeton Lecture Series Fellowship through Eden Autism Services  Past honors include  the Joseph P. Kennedy Jr.-Foundation International Award in Mental Retardation, Mary Switzer Fellow for the National Rehabilitation Association in 1985, and the Distinguished Service Award from the President's Committee on Employment for Persons with Disabilities in October 1992.  Dr. Wehman received the VCU Distinguished Service Award in 2001 and was recognized as one of the 50 most influential special educators of the millennium by a national survey coordinated by the Remedial and Special Education journal (December 2000). 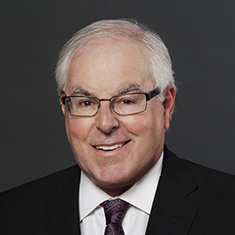 In more than 30 years at VCU, Dr. John J. Kregel has authored more than 100 publications of various types, focusing on promoting the employment and financial independence of adolescents and adults with disabilities. In addition, he has served as the principal investigator on more than $50 million in externally-funded projects that have supported his research activities.

The associate director of the VCU Rehabilitation Research and Training Center, Dr. Kregel has testified numerous times before Congress on issues related to employment and return to work for Social Security beneficiaries, most recently in 2015. He frequently provides technical assistance to federal agencies, including the House of Representatives, Social Security Administration, Administration on Children and Families, Office of Special Education and Rehabilitative Services, the Institute of Medicine and the National Council on Disability.

Dr. Kregel has made 16 international presentations and previously served as a visiting professor at Keio University in Japan. He is a member of the National Academy of Social Insurance. 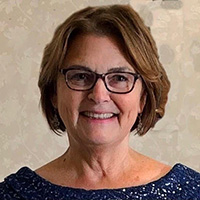 Valerie Brooke, M.Ed has been a faculty member at Virginia Commonwealth University (VCU) and working in the field of employment for individuals with significant disabilities for over thirty years. Ms. Brooke is the Project Director for the RRTC on Employer Practices, Director of Training for the VCU Autism Center of Excellence and Directs a CARF accredited Employment Support Organization based at VCU.

On January, 2015 Ms. Brooke was appointed to the Advisory Committee on Increasing Competitive Integrated Employment for Individuals with Disabilities (ACICIEID) by the United States Secretary of Labor, as a provision of the Workforce Innovation and Opportunity Act (WIOA) and served until August, 2016. The committee made recommendations on ways to increase opportunities for integrated competitive employment for individuals with disabilities including ways to improve the oversight of the certificate program under section 14(c) of the Fair Labor Standards Act.  The Advisory Committee completed their appointment when the final report was submitted to Congress on September 15, 2016. In addition, Ms. Brooke has served on the Editorial Board for the Journal of Vocational Rehabilitation since 2000 and is interested in all issues and concerns which impacts the employment rate and advancement of people with disabilities.  She is a frequent speaker, consultant, and author of numerous book chapters, journal articles, newsletters, and briefing papers. 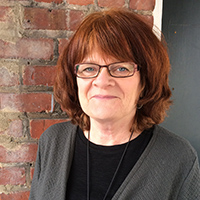 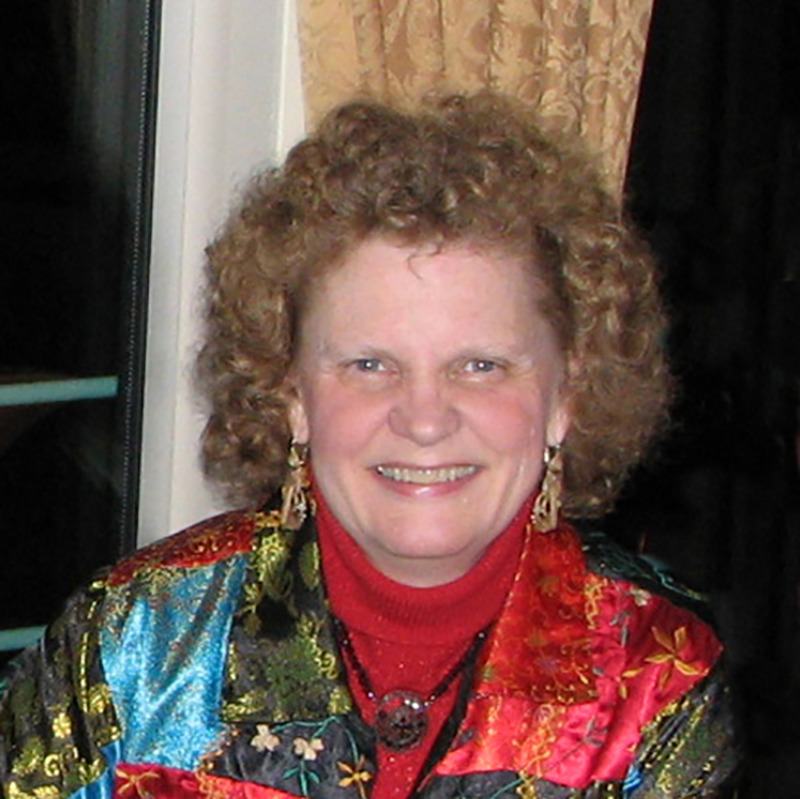 Dr. Inge has over 35 years experience providing training and technical assistance including developing and disseminating best practice information on employment for those who have been unemployed or underemployed due to significant disabilities. Currently, she is the Principal Investigator for VCU's Disability and Rehabilitation Research Project on Customized Employment funded by the National Institute on Disability, Independent Living, and Rehabilitation Research (NIDILRR).

Dr. Inge has been with VCU-RRTC since 1982 and holds degrees in occupational therapy, and special education. She has co-authored books, book chapters, journal articles, newsletters, and produced numerous other training materials on employment for individuals with disabilities. She has been the Director of Instructional Technology at VCU for over 20 years and has served as PI or Project Director for many projects on employment including: 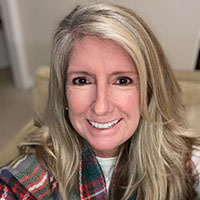 Jennifer Todd McDonough has been a faculty member at Virginia Commonwealth University (VCU) and working in the field of employment for people with disabilities for over 20 years. She earned her M.S. from the Medical College of Virginia at Virginia Commonwealth University in Rehabilitation Counseling. Ms. McDonough is the Associate Director of Training at VCU-RRTC. She is also the Project Director for a national research study related to employer practices of hiring and retaining employees with disabilities and a subcontract related to providing technical assistance to vocational rehabilitation agencies across the country.

Additionally, Ms. McDonough provides technical assistance and disseminates resources nationally to individuals with disabilities interested in employment. Ms. McDonough is a national expert on Social Security Disability Benefits and Work Incentives. She also serves as the Virginia Project SEARCH Statewide Coordinator and directly oversees four Project SEARCH sites for youth with autism and/or intellectual disabilities. Throughout her career with VCU-RRTC, Ms. McDonough has worked directly with individuals with disabilities assisting them in locating employment and determining accommodation needs.

Susan O’Mara is a faculty member in the Department of Counseling and Special Education at VCU's School of Education. She is the Project Director and Co-Principal Investigator of VCU's Work Incentives Planning and Assistance National Training and Data Center. Since 2009, she has led a team of professionals in the development of the national WIPA training curriculum, initial training content, and certification protocols; pioneered protocols for remote benefits counseling and the development of state specific benefit templates; and designed the current continuing certification program that has dramatically improved the quality of services provided to beneficiaries. Susan also currently serves as the national Site Director for Social Security's Promoting Opportunities Demonstration, leading VCU's work on the design of intervention protocols and managing the training and technical support provided to demonstration sites across the country.

Over the past 30 years, Susan's work has focused on increasing knowledge and understanding, supporting research, and influencing needed policy reform on the Social Security Disability benefit programs, public health care programs, and other federal and state benefit programs. Ms. O'Mara's recent work experience includes providing technical support to state and local projects on five Social Security Administration funded initiatives. In her work on these projects, she played a lead role in the design and implementation of national training and technical assistance efforts.

Ms. O'Mara was accepted as a member of the National Academy of Social Insurance in 2006. 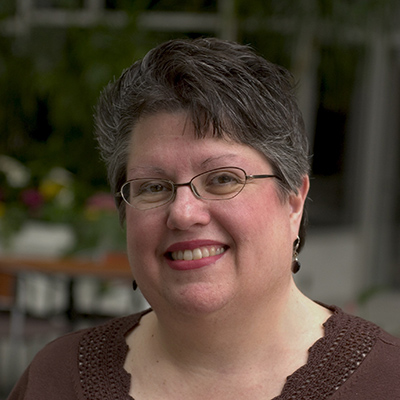 Dr. Carol Schall is the Co-Director of the Virginia Commonwealth University Autism Center for Excellence,, the Principal Investigator of the Virginia Autism Resource Center, and the researcher in the grant, The Effect of a 9-month Internship Intervention for Military Dependents with ASD.  She has over 30 years of experience supporting adolescents and adults with ASD as a teacher, group home supervisor, administrator, researcher, and consultant.  Dr. Schall provided positive behavior support consultation and instructional technical assistance for the Project SEARCH Plus ASD Supports program for the past 8 years at Virginia Commonwealth University. Dr. Schall was also the research coordinator for this project.

She is well versed in completing functional behavior assessments and using positive behavior supports to develop comprehensive plans for individuals from a person-centered approach.  She is a state training for the Positive Behavior Support project with the Partnership for People with Disabilities at Virginia Commonwealth University.

Her research interests include the monitoring of psychotropic medication for individuals with autism spectrum disorders, transition from school to work and adulthood, and training for parents and professionals on serving individuals with developmental disabilities.  Dr. Schall is listed in the 2005 and 2006 editions of Who’s Who in America and has recently been honored by TASH with their Positive Approaches Award.  Finally, she is the lead author of the Youth with Autism Chapter in the 4th edition of Dr. Paul Wehman’s popular book Life Beyond the Classroom and Editor of a new book on Transition and Autism by Brookes Publishing.  This book, Autism and the Transition to Adulthood: Success Beyond the Classroom is now available through Paul H. Brookes Publishers.